Every year, Supermarkets filled with pumpkins and autumn notify the arrival of Halloween, the festival of light. But, before you become eager to dress up for the treat, do you know the actual History of Halloween?

Probably, most of you are unaware about the origin of Halloween and that is the reason Swift Green Filters has got you a brief history of the festival, Halloween.

According to some so-called expensive books, Halloween originated from the Scottish word “All Hollow’s eve”. And as the time passed the word “eve” was replaced by” even” which further let to stoppage of the use of the word “all”. Also, sometimes the pronunciation of s’ and ‘v’ was skipped, which led to the formation of modern day word “Halloween”.

Interestingly, the festival is a mix of two different religious custom, one being of the Celtic-pagan and the other of Christian.

Let us now see the effects of both the customs on the festival of Halloween. 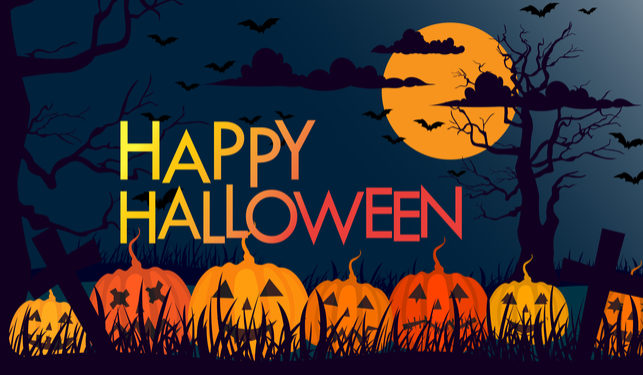 The Celtic-Pagan impact on Halloween

Samhain or the “summer’s end” was a Celtic festival celebrated in the 12th century. This festival was very important for the Celtic people as it marked the end of harvest and the beginning of the so-called ‘darker season’.The ‘darker season’ was very crucial, as for them, the Sun stopped rising and the spirits/fairies started murdering their cows if they didn’t bribe them.

Another fear the season brought with it was that of dead people, who starting to visit their homes. To stop them they started to light candles, pray to the god and create bonfires. This was the impact of Bonfires in the History of Halloween.

After the session of prayers and lighting people started to move out of their homes, wearing a disguise to fool the Aos Si. They begin to every house, with a candle in hand and started blackmailing people regarding the souls in exchange for food.

So, can be considered as the beginning JV Gods and Bonfires.

Christian Hold Over History of Halloween

Okay, some of Christ’s disciples also account for Halloween. The people started baking cakes for good departed souls, these cakes were called ‘soul cakes’. What they did with them was very unusual. After the cakes were prepared poor people started to go door-to-door and ask for cake. If you didn’t have one they started to say aggressive things about you, surprisingly in Latin. So, you this as the Christian version of what we talked earlier.

Have you ever thought of souls taking revenge?

This was the main idea people dressed up in weird costumes.

They thought that the souls will take revenge on them and could even kill them.

The Halloween was not a widespread idea in Americas until the 19th century, as the Puritans (joy-killing revolutionaries) hated Halloween. The Irish/Scottish were the also who did this for the first time.

The occasion wasn’t generally celebrated as it is today, until the twentieth century. Indeed, the important reported idea of fooling the dead in the Americas was not until 1911, and that was also in Ontario, Canada. Be that as it may, Halloween become a trend by 1919 and there were significant books published on the History of Halloween. Now we hope that you got the History of Halloween.

The Swift Life wishes you happy Halloween Day. SO, enjoy your Halloween this year and dare to fool the souls. Celebrate this Halloween 2018 with Swift Green Filters by using Green Product Line.